Moero! Nekketsu Rhythm Damashii Osu! Tatakae! Ouendan 2 (燃えろ！熱血リズム魂 押忍！闘え！応援団２: Let's Go! Hot-Blooded Rhythm Spirit: Go! Fight! Cheering Squad 2) is the official sequel to Osu! Tatakae! Ouendan. The returning squad, living in the town of Yuhi, must now deal with a rival squad taking up residence in the adjacent town of Asahi. While occasionally confronting each other, they must also help 15 new individuals (one of which returns from the first game while another is the son of another character from the same game), plus 3 extra characters.

The mechanics have borrowed and improved from Elite Beat Agents, introducing a new unlockable that takes away the timing circle and gradually fazes out the markers, forcing players to memorize the timing and placement of the rhythm, and the option to play as the Agents throughout both towns, as well as being able to play as J and the yellow tabby from the original Ouendan in Multiplayer (originally a limited DS download in Japan, now only unlockable through cheating devices such as Action Replay). 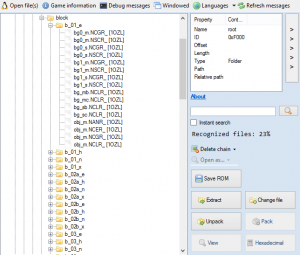 Unfortunately, due to the fact that the files are compressed with an algorithm similar to the one used in the PAL versions of Elite Beat Agents, [1OZL], Ouendan 2 cannot be easily ripped through DS ripping programs such as Tinke and Console Tools, so until the mentioned software are updated to compensate for the compression file, or a different DS ripping tool comes along to bypass it, only the SDat folder can be accessed, viewed, and exported through Tinke. As for sprites and images, the best possible solution is to use DeSmuME's layer disabler, and built-in OAM and Map Viewers, provided they aren't presented with a black background.

Attempting to use the hot keys to get over the lack of a decompression option only produces the following problems listed below:

Don't be fooled by what compression folders you do find. Because Ouendan 2 shares the same engine as Elite Beat Agents (And to some extent the original Ouendan), many sprites and images from both games carry over into Ouendan 2. So what you think is an unused portrait of Commander Kahn is really old compression files that haven't been removed from the earlier two games.