Mednafen is a multiplatform command-line emulator.

Since Mednafen is a command-line program, in order to load a game file all you need to do is drag and drop the unzipped ROM file into Mednafen's executable file (mednafen.exe). In order to load games from CD-ROM systems (TurboGrafx CD, PSX and Saturn), you must have the BIOS files for them, which must be unzipped into the "firmware" folder (the TurboGrafx CD file must be named "syscard3.pce"). To load the games you just drag and drop the CUE file from the game's ISO into Mednafen's executable.

Mednafen comes with an extensive documentation to help you configure controls and other things.

Mednafen allows you to rip sprites from some of the systems it emulates, mainly from TurboGrafx-16 and TurboGrafx CD games. 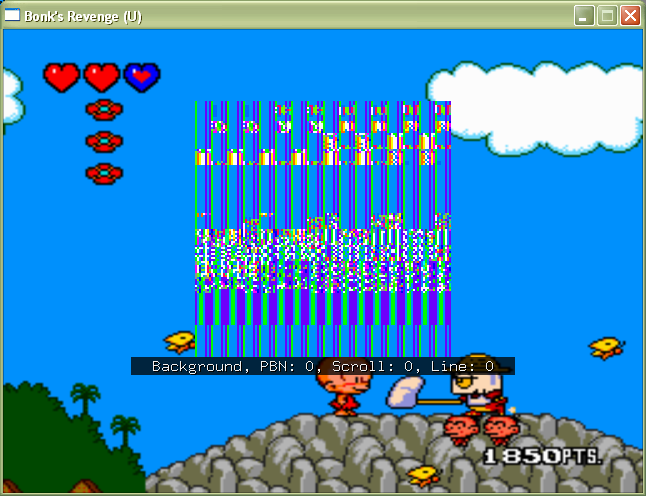 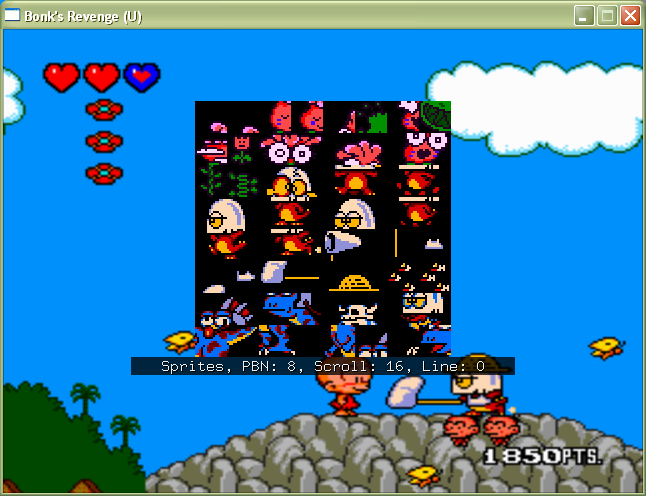 After you find the tiles you want, it's all about using Print Screen and pasting the image on Paint or another image editing software. Note that you will need to resize the picture by half, since the tiles appear twice their original size in Mednafen.